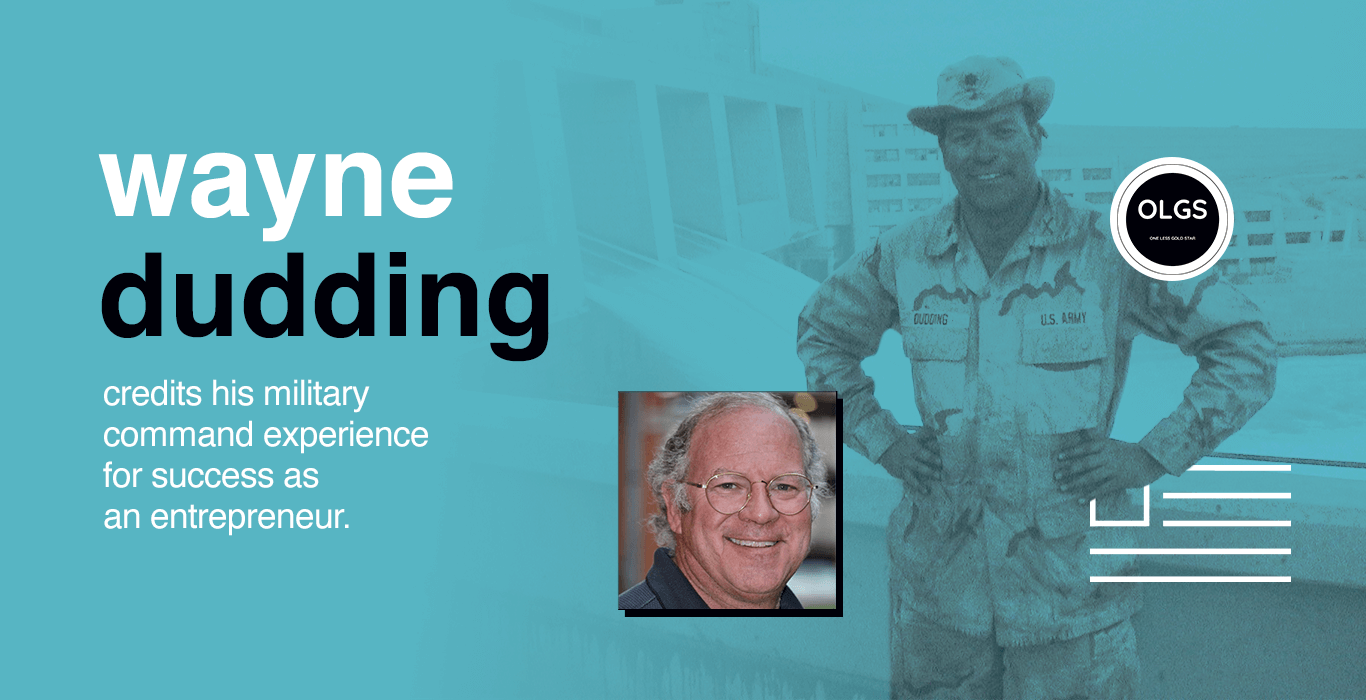 Wayne Dudding, one of many veterans now working in high-tech careers, spent over 30 years in the U.S. Army. His service included posts in the infantry, at Central Command Headquarters, seven tours in the Middle East, and at U.S. Cyber Command, where he retired as a colonel.

Dudding is a chemical engineer by trade and has earned his MBA, but he found himself playing catch up when he retired from the military and transitioned to the civilian workforce. After brief stints as an employee with Leonardo Technologies and the U.S. Department of Energy, he was still unhappy.

“So, I quit,” he said. In 2018, he started One Less Gold Star, Inc. (OLGS), a company with operations in Central Florida that develops and innovates automated tourniquets for use by the U.S. Department of Defense and trauma centers. “I’m much happier now than I was working for somebody else.”

Dudding is one of 1.5 million veterans who choose to work in Florida due in part to the high volume of relevant career opportunities available in aviation and aerospace, space systems, defense, and other high-tech sectors, according to Veterans Florida. Florida enjoys the third-highest population of veterans behind California and Texas, yet the significant impact transitioning veterans and their families play in the workforce is often overlooked. An estimated 200,000 veterans leave military service annually, creating an enormous pool of experienced talent for expanding tech companies.

Veterans gain an array of transferable skills that would make them an asset to any company, including the ability to work well under pressure, adapt, and communicate effectively. For example, Dudding credits his military command experience for success as an entrepreneur. He spent nearly half of his three decades of service in leadership roles. He says the ability to take on responsibility and constantly learn were vital to his commands in the Army, and that both skills have carried over to his life as a business owner.

The challenge is often helping veterans and their families navigate the pivot and apply their skills in a new way.

“As you look toward getting out, you want to continue to make an impact. So, how do you do that?” asked Florida High Tech Corridor CEO Paul Sohl. He joined The Corridor in 2020 after 33 years in the U.S. Navy, from which he retired as a rear admiral. “We want to continue to serve. And so those elements of service, I think lend themselves toward being an entrepreneur.”

Despite being known for their resilience and tenacity, veterans face many challenges as they shake off their fatigues and re-enter civilian life. Among them, it isn’t easy to match the sense of purpose that comes with serving your country.

Indeed, the Institute for Veterans and Military Families found that 63% of veterans were interested in entrepreneurship prior to their service and 56% said that entrepreneurship gave them purpose after leaving military life.

Both Dudding and Sohl acknowledge that everyone will have a different experience with the transition, whether they pursue an entrepreneurial route or look to enter the workforce as an employee. However, the two agree that there are some real, actionable steps that both veterans and companies can take when trying to help military personnel find employment following their service.

Veterans can reach out to support organizations such as Hiring Our Heroes, which acts as the intermediary between veterans and employers. While companies looking to hire veterans should meet veterans where they are and explore their own involvement in such organizations.

Local resources, such as STRIVE at Hillsborough Community College, can help veterans make the transition to entrepreneurship. The program offers veterans, active duty, Reserve/Guard, and their spouses the opportunity to take an early-stage business or business idea through a rigorous six-week training program free of charge. The Corridor’s partner institutions—UCF, UF, and USF—each have offices dedicated to assisting veterans, while the Florida Association of Veteran Owned Business, Veterans Florida, and Veterans Entrepreneurship Initiative are among several groups that offer resources for veteran entrepreneurs.

For Dudding, support from organizations like Cenfluence, the Central Florida clustering initiative, is also important to continued growth. Cenfluence works with its members to leverage synergies within their industry cluster community, using existing regional strengths and a well-established global network to address the specific needs of their businesses.

“I’m really excited to partner up with some of the people in the human performance area,” said Dudding. As OLGS enters year six, Dudding’s aspirations for growth in 2023 include collaboration with other Cluster Members who can help apply his technology in new verticals.

As an organization led by a veteran and operating in partnership with many organizations led by or employing veterans who have transitioned to the civilian workforce, The Corridor recognizes the significant impact veterans like Dudding can have on the region’s economic growth. Connect with The Corridor for help navigating the entrepreneurial ecosystem, including access to resources like Cenfluence.

On Oct. 5, 2022, NASA’s SpaceX Crew-5 mission successfully launched four astronauts to the ISS, where they will take advantage of microgravity to conduct “more than 200 science experiments and technology demonstrations.”

Smartphone sensors are constantly collecting data, providing a treasure trove of information about their user. However, according to...