2023 Innovators to Watch: Meet the Pioneers of Our Future 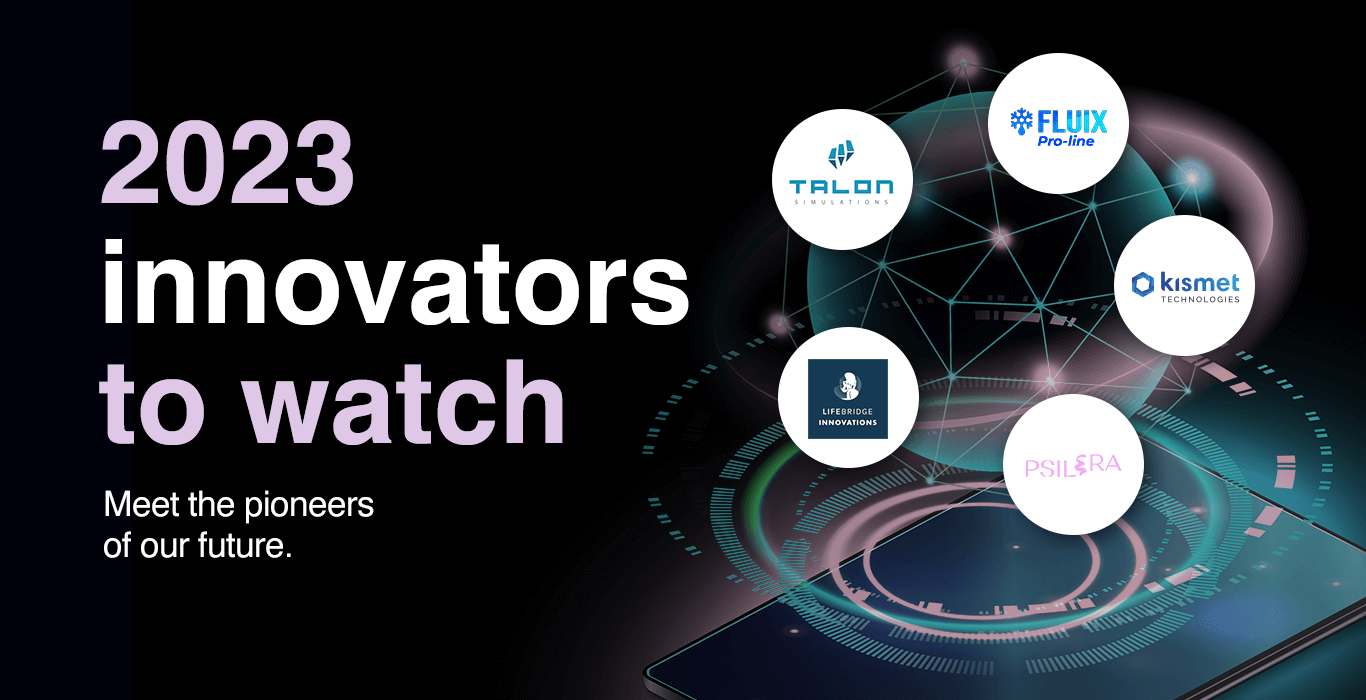 Behind every innovation is a great inventor who mustered the courage to face the known struggles of entrepreneurship in pursuit of a higher purpose. Among them, our 2023 Innovators to Watch have harnessed the potential of this dynamic region and are using its resources to grow, learn, and fundamentally alter both their industries and their communities.

These pioneers across The Corridor region often work humbly, without recognition, as they solve the problems that will move society forward. Their technologies are poised to help us work smarter, and enjoy healthier, safer, and more fulfilling lives.

This article is the first in a series of stories in which it truly is an honor to celebrate the early achievements and growth plans of several high-tech industry leaders who are worth “watching.” Stay tuned in the coming months as we highlight their entrepreneurial journeys in The Corridor.

Brandon Naids was drawn to Orlando for its theme parks but stayed for the high-tech career opportunities. As CEO of Talon Simulations, the Philadelphia native today leads a team focused on changing lives and saving lives with virtual reality training and simulations. Since spinning out from the University of Central Florida in 2015, the startup has successfully grown to serve clients in the defense, tourism, and higher education sectors.

Few people have the confidence to bring a toilet to a professional conference. Still, it paid off last year for Kismet Technologies’ CEO Christina Drake who aimed to showcase the germ-fighting properties of her NanoRAD disinfectant at Synapse Orlando. Inspired by her childhood struggles with severe asthma, Drake is growing Kismet into a global company that leverages the power of nanotechnology to prevent the spread of life-threatening infections in hospitals, cruise ships, and more.

Although Peter Travers eventually lost his wife to cancer, the same technology on which LifeBridge Innovations is built allowed Laurie to live long enough to meet her first grandchild. This small win gave Travers the hope to find a solution for late-stage cancer patients with metastatic disease in two or more locations on the body at once. Every day, LifeBridge is one step closer to developing its technology for FDA approval and preventing metastatic cancer patients from being forced to choose which of their cancers to treat and which to let grow.

Abhishek Sastri could have never imagined the side hustle he started to pay for college tuition would someday become a profitable business. FLUIX emerged from a need by customers of his custom-built personal computers and electronics for better cooling systems that would keep their machines running at top performance speeds. Despite early growing pains, Sastri’s grit kept the company afloat and sparked a successful rebound after the COVID-19 pandemic. He now leads a team with dreams of building an ecosystem for cooling the world’s largest data centers.

With over 200,000 compounds in their library, Psilera Co-Founders Chris Witowski and Jackie von Salm are developing next-generation psychedelics that will rid the world of mental illness without any harmful or stereotypical side effects. And, in doing so, they are advancing a field that has stagnated for over 50 years.

Wayne Dudding, one of many veterans now working in high-tech careers, spent over 30 years in the U.S. Army. His service included posts in the infantry, at Central Command Headquarters, seven tours in the Middle East, and at U.S. Cyber Command, where he retired as a colonel.

On Oct. 5, 2022, NASA’s SpaceX Crew-5 mission successfully launched four astronauts to the ISS, where they will take advantage of microgravity to conduct “more than 200 science experiments and technology demonstrations.”

Smartphone sensors are constantly collecting data, providing a treasure trove of information about their user. However, according to...