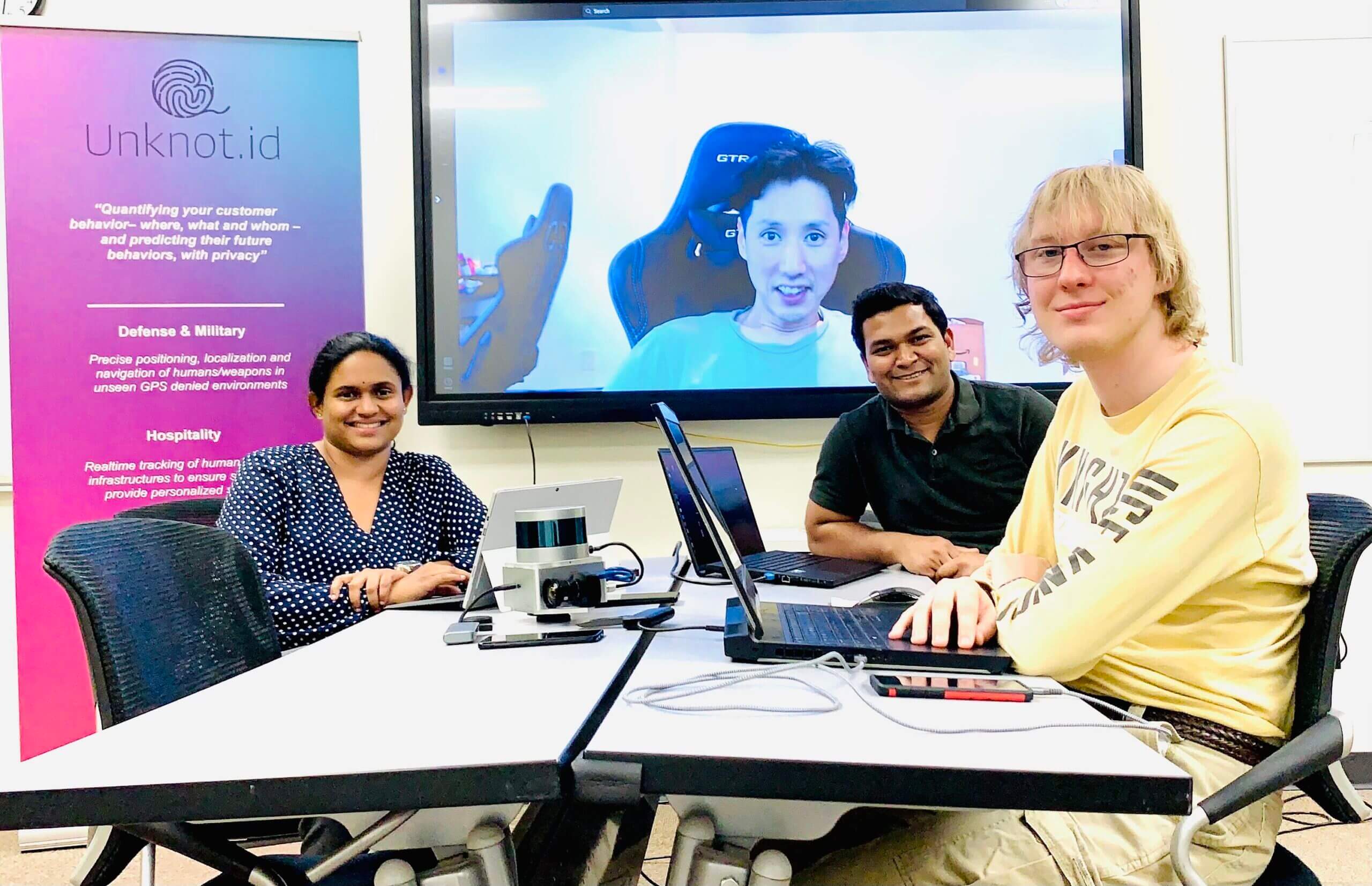 Smartphone sensors are constantly collecting data, providing a treasure trove of information about their user. However, according to Unknot.id (pronounced “un-knotted”) Founder and CEO Dr. Devu Shila, the data can get “noisy,” and few technologies exist to help make sense of it all. That’s why her company has set out to create an advanced, artificially intelligent machine-learning algorithm to change the way companies collect and use data from smartphones.

Shila was pitching her business idea at a 2019 startup event in South Carolina when she met several peers who spoke highly of the UCF Business Incubation Program. The timing was serendipitous, as she had recently moved to Florida. Within days she applied, and, in February 2020, received a call about open office space. Since then, the relationship between Unknot.id and UCF has flourished.

“We work on high-risk R&D, so it’s important to stay at the top of the game. It is extremely important to collaborate with universities that offer diverse programs in this space like UCF. The other reason is obviously to attract some great talent. Finding unique talent is like finding a needle in the haystack,” explained Shila.

This is the attitude that drove her research collaboration with UCF computer science professor and director of Big Data Lab, Dr. Liqiang Wang. Together, they have secured grants from the National Science Foundation and the U.S. Department of Defense, as well as more than $145,800 in matching funds from The Corridor, which have allowed them to maximize a Small Business Technology Transfer Phase II investment for a pilot with the U.S. Army.

“Our unique, patent-pending algorithms exploit sensors in a smartphone to precisely locate humans in highly challenging and complex regions with only sub-meter errors, which is really an unbelievable achievement,” Shila said.

The widely used Global Positioning System (GPS) can only trace users when they are outdoors, making it difficult to track soldiers in unfriendly territory. Unknot.id is leveraging smartphone sensors to trace users anywhere, including the ability to visualize their location inside a building. Although the company is focused now on the GPS-denied or degraded navigation market, she hopes they will soon expand to work with other customers. Another benefit of Unknot.id’s technology is its ability to learn how humans interact with physical objects and predict future behavior, creating opportunities for commercial applications in hospitality, health care and other industry verticals.

Shila believes the relationship with UCF will remain critical to Unknot.id’s growth. Already, the MGRP has supported involvement of two of Wang’s students in research for Unknot.id, through which they have gained invaluable hands-on experience.

Two UCF students are currently interning with Unknot.id and Shila hopes to continue working with more student researchers through her next MGRP project starting later in 2022.

City of Largo Economic Development Coordinator is Turning His Passion...

In a rapidly changing world, the importance of supporting our local entrepreneurs is more crucial than ever. A healthy economy relies on economic diversification to build stronger communities and expand ecosystems — something Bryan Pederson has set out to achieve in Largo and its surrounding regions.